Huawei  Y5 Lite happens to be an amazing new Android Go Smartphone which is been tipped to come with impressive features and specs that are fully capable of making their respective users happy. The newly launched smartphone is completely powered by a Quad-Core processor, have that in mind to get started with.

Having taken our time to look at the phone, we came to find out that the newly launched smartphone Huawei Y5 Lite is no doubt the company’s second Smartphone in a tool that runs on Android 8.1 Oreo (Go edition) OS. 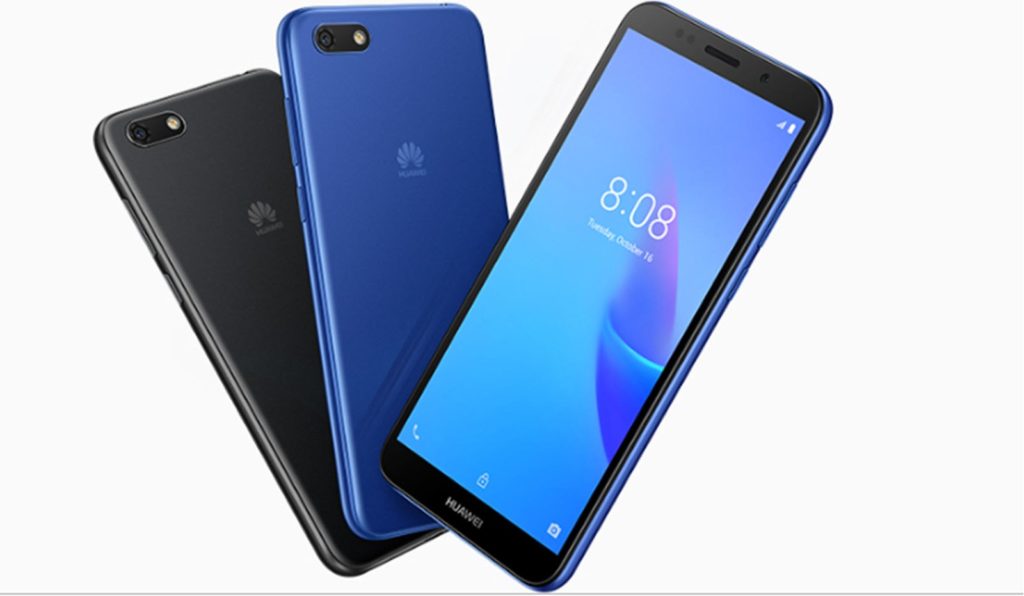 Talking about the design of this amazing smartphone, have it at the back of your mind that it simply comes with 5.45-inch HD+ (720×1440 pixels) IPS FullView Display and a panel along which is also coupled with a 295ppi pixel density and an 18:9 aspect ratio.

It is also a pleasure we bring it to your notice that the newly launched smart device is said to offer smaller borders and bezels which is situated around the screen with chin at the bottom of the Smartphone. In terms of colors, the phone has interesting colors such as Blue and Black color options.

Huawei made sure the smartphone comes with a rear back camera of  8-megapixels sensor with an f/2.0 aperture, Note that it is a PDAF camera. Coming to the front-facing camera for selfie, it packs 5-megapixels front facing with f/2.2 aperture and selfie toning feature. Know it that it happens to be a fixed-focus selfie camera.

Connectivity is another interesting part of this device, the smartphone connectivity features, which includes 4G LTE, Wi-Fi 802.11 b/g/n, Bluetooth v4.2, GPS/ A-GPS, Micro-USB, and a 3.5mm headphone jack respectively. Give it a try, you will not regret it at all.

Good news to all it may concern, Huawei Y5 Lite is said to be powered by a Quad-core MediaTek MT6739 SoC, Which is also boosted by an amazing 1GB of RAM capable of handling multiple files while being used. You will not experience any form of discomfort.

Memory space shouldn’t be an issue at all because of the smartphone Huawei Y5 Lite sports a whopping 16GB of inbuilt storage which can also be expanded up to 256GB, with the help of a microSD card. Have it in mind that with this Memory space, you can simply save huge files such as large Music, Games, Pictures etc depending on what you want.

Coming down to the battery capacity, have it at the back of your mind that the smartphone is been powered by a strong battery capacity of 3,020mAh, which can last up to a day on a single charge. Also, Know it that Huawei Y5 Lite runs on Android 8.1 Oreo (Go Edition).

And for those interested users who wish to own this smartphone, know it that the smartphone will be sold out for a whopping PKR 16,500 / €100). You can give the smartphone a try considering amazing specs it comes with. Below are the full specs in a comprehensive other.