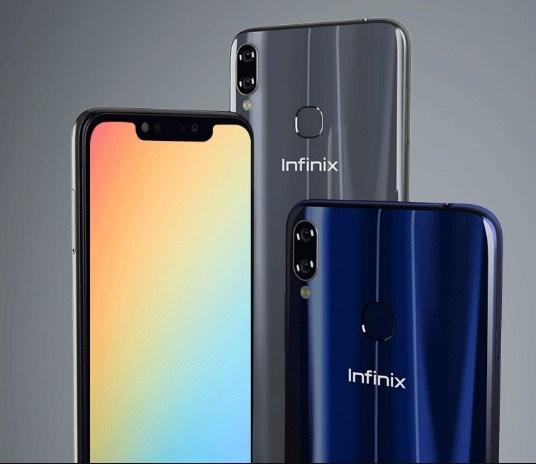 Infinix Hot S3X is the main gist of today but before that, know it that Infinix is one of the best smartphone making company in the world with their latest smartphones release.

It is no doubt that infinix having impressive in the past and also present. Today Infinix Mobility added a new smartphone in their Infinix Hot Series Collections, which will be loved and appreciated by so many.

The newly launched smartphone Infinix Hot S3X is an Android-powered Smartphone, which happens to be the first mobile phone to sport a comprehensive notch display in the company’s history.

Know it that since the introduction of notch design on Essential Phone and iPhone X, Infinix mobility has decided to make do with the trending style and design. 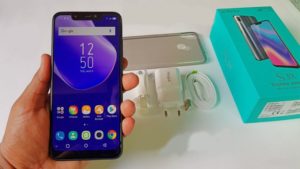 The newly released smartphone was said to be launched today and based on reliable sources, we came to find out that they also decided to collaborate with famous PSL Franchise, Multan Sultans, which will see them enjoy a new co-branded project called “Infinix Kay Sultans” .

And it will surely bring back cricket and technology together to grass root levels in Pakistan. Please note that the Infinix Hot S3X comes with Snapdragon Octa-Core processor.

Going down to the design and display of this smartphone, it comes with a massive and tall 6.2″ inches with Full-view display with a notch display which will enable you to watch movies, play games with its HD+ 720p at 500nits brightness. It has a 19:9 aspect ratio, and also providing an almost bezel-less design.

The newly launched smartphone has a camera, fingerprint sensor, and the company’s logo under it. Talking about the color variants, the new smartphone happens to be available in three major colors: namely Black, Grey, and Blue that will surely keep you classic, a notch higher, and more flashy with your Fashion sense. The company also retains the 3.5mm audio jack.

let’s take a good look at the camera aspect of this smartphone. As you all know the camera also attracts people to go for certain things. Where the camera is not quite impressive, the users or future users will not really like it.

One of the best smartphone in the Infinix hot series which is the Hot S3X parks a dual camera which consists of 13-megapixels and 2-megapixels camera lens coupled with a dual-LED flash and Bokeh Effect. 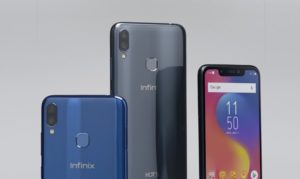 Going to the front camera of this smartphone, the front-facing camera packs 16-megapixels selfie camera, which is enhanced with AI capabilities. Many will really like it you know because the Infinix Hot S3X will not only take incredible images, but would also be able to identify your age, gender, and your facial expressions. Isn’t that great? it is. For those of you that don’t really know, know it that the front camera can also be used as Face ID Unlock.

Infinix is really doing all they can to be the best in the smartphone world. Currently, they are a step behind Samsung and other top competitors. In recent times, We are hoping to see them challenged and also fight for their place in the smartphone world. The mobile phone comes with other numerous features, which include Wi-Fi, Hotspot, 2G, 3G, 4G LTE, OTG as the network, and connectivity.

Without wasting much time, we will be looking at the performance and the battery capacity of this smartphone. It has  32GB / 64GB which will be able to store numerous apps, games, music, movies, and many others, But one good this is that is can also be expanded up to 128GB via micro SD card slot. On the other hand, the  3GB / 4GB RAM, will handle the multitasking and as well switching of various applications. 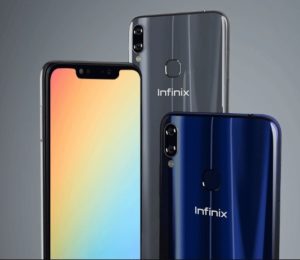 It will last longer and as well serve you well when it is been fully charged especially to all those that run heavy applications on their respective smartphones, you got zero worries. 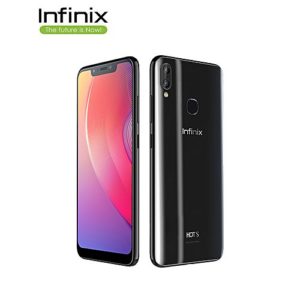 Please all aspiring users should bear it in mind that the phone was launched in Pakistan, hence, it will be available in stores and online from 14th August. The S3X 3GB + 32GB and 4GB + 64GB variant will be available exclusively on Daraz.pk

Most importantly, coming down to Africans Nigerians to be precise, will have to wait a little longer before the Smartphone will be made available. before then, Infinix needs to set the Nigeria launching date of the smartphone. But be rest assured that we will let you know when it will be available.