Infinix Note 6– it interests us to inform you all that Infinix mobility has announced the incoming smartphone which will take the world by storm called the Infinix Note 6. Have it at the back of your mind that this smartphone has all it takes to make you happy.

Having looked at the mobile phone, we came to find out that the smartphone Infinix Note 6 is been simply powered by Android and also a 6.01 FHD+ AMOLED 1080p display. Furthermore, the smartphone goes on to pack an interesting triple rear camera, an X-pen, A Monster battery of 4000mAh. 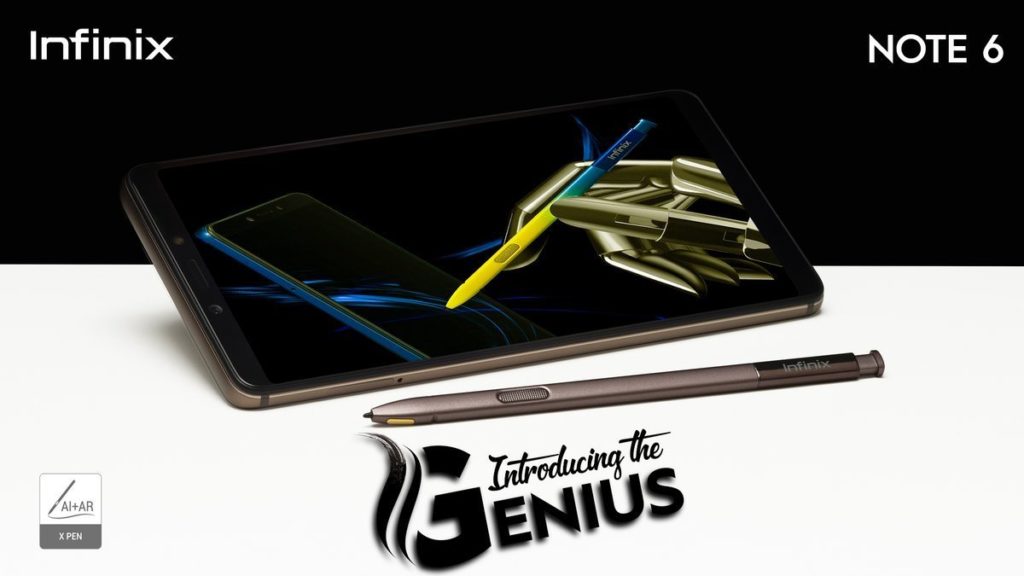 The newly announced smartphone Infinix Note 6 is said to feature a 6-inch  normal view AMOLED display which is been coupled with 2.5D curved glass.

Coming down to the camera aspect, the Infinix Note 6 comes with a huge triple rear camera module of 16-megapixel as the primary sensor, It also goes on to pack an  8-megapixel wide-angle lens and a 2-megapixel depth sensor with Dual LED Flash.

Coming to the front area of this wonderful camera, it has a 16-megapixel AI selfie sensor. Be rest assured that the camera can shoot videos of up to 1080p. And don’t forget that the fingerprint scanner at the back is not excluded for security.

Infinix Note 6 runs on Android 9 Pie operating system coupled with also XOS 5.0 Cheetah running on top. The smartphone packs a wonderful monster battery of  4,000mAh battery which is capable of handling the affairs of this smartphone especially when it is fully charged.

Now down to the Connectivity options, you have no problems at all because it includes lots of features such as  Wi-Fi, BlueTooth 5.0, VoLTE, GPS Micro USB port, and A-GPS.

This goes to all those who really wish to buy this smartphone for their selves, have it at the back of your mind that the device will be sold out at the price tag of around N65,000 in Nigeria,  coming to Kenya, it is believed to be around Ksh. 17,500.

I hope you liked this? do well to share this post with family and friends via an of the social media platforms below. Stay with us as we do all we can to constantly keep you updated.