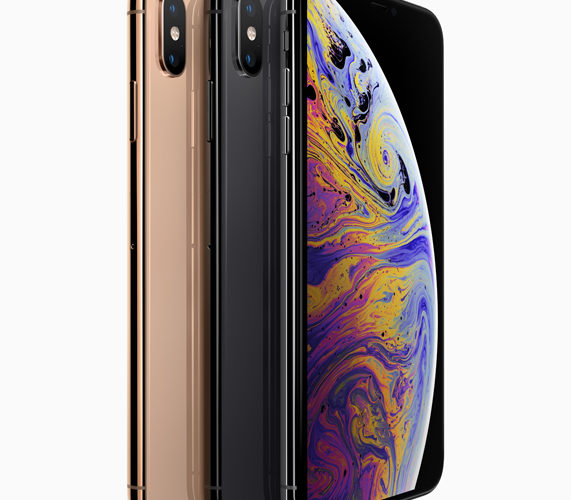 Apple happens to be one of the top best smartphone makers in the world at large. Apple is also known for launching new and expensive smartphones. Today we will be looking at the new release from Apple smartphone making company.

The newly introduced smartphone Apple iPhone XS happens to be running on the new Apple’s A12 Bionic processor, which is also available in three different variants. 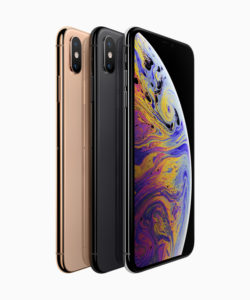 It is a pleasure we make it known to you that the new iPhone XS packs undoubted features and specs, with a small 5.8-inch OLED Super Retina, which provides a high screen resolution of 1125 x 2234 pixels with 458 ppi pixel density, for more sharpness.

Know it that the display is been made up with a 60 percent superior dynamic range for more amusing and in-depth display, wider screen ratio, wider stereo sound from the speakers, and also with an upgraded IP68 water resistance feature.

The screen size is 5.5-inch iPhone 8 Plus. The smartphone making company said that the materials which were used on the iPhone XS happen to be the most durable glass ever used in any smartphone.

The Smartphone is really attractive and it comes with what Apple calls “Surgical-grade stainless steel bands” going down to the back glass, have it at the back of your mind that it supports fast charging tech, and might charge faster than the iPhone X.

It is a good thing we make it known to you all that starting from the durable glass to stainless steel rails, they help the phone to feel more vivid and bold. The smartphone colors are dazzling which easily follows the reflection of the sun rising.

Apple has been known for its amazing camera which is super clear and wonderful when taking pictures with it. You really don’t have a problem as long as this Smartphone is concerned. The iPhone XS mobile phone is quite realistic especially when comparing the camera differences with its predecessor. It now comes with high upgrades.

iPhone XS packs a dual rear camera back 12-megapixel f/1.8 aperture with a wide-angle sensor and a front-facing 12-megapixel f/2.4 aperture with telephoto sensor, with both coming with optical image stabilization. But note that the wide-angle camera uses a  larger pixels, and the telephoto includes a wider aperture, hence, we did expect a more profound photo during low light shots. 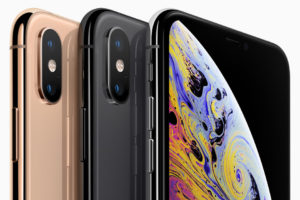 Having gone through the camera, we came to find out that it comes with a 6-element lens and 2x optical zoom along with an improved TrueTone quad-LED flash at the back, and the selfie snapper features a 7-megapixel f/2.2 aperture RGB camera sensor.

In the long run, we also have what we call Apple’s Smart HDR which duty is to take many photos and stitches them all together into one properly captured image. No doubt at all as Apple brings in a more confidential portrait mode that features a depth control that simply allows you to adjust the bokeh after the picture has been taken.

Coming down to the security, Bear it in mind that the Apple security system is stronger and the iPhone XS comes with Face ID tech, which uses infrared and dot projector technology. ” It is the most secure facial authentication ever in a smartphone” Apple claims. Know it also that the smart device supports dual SIMs and gigabit LTE -single physical SIM card and Apple’s integrated eSIM.

This phone is really a big one indeed you know? because the iPhone XS happens to be powered by the company’s latest A12 Bionic processor. It is a six-core chip using a 7nm process. It was discovered that it is 15 percent faster than the previous A11 processor and also It also provides a 40 percent lower power, and 4 efficiency cores with up to 50 percent lower power.

The newly launched iPhone XS arrives with a monster battery life which lasts longer when it is been fully charged. And please note that the smartphone also comes in three variants which include a 64GB, 256GB, and 512GB storage options. With the 512GB storage options not yet seen for Apple devices.

For those interested in getting this smartphone should have it at the back of their mind that the smartphone will cost you a whopping $999 for the iPhone XS with 64GB storage. Please Note that Preorders will start on Friday, with the phones shipping out September 21st.

Stay with us as we do all we can t keep you updated. Take 5 seconds of your time to share this post with family and friends. Do you have any question, make it known to us via the comment box.