Itel A22 And A22 Pro Features, Specs And Price Tag-Newly launched 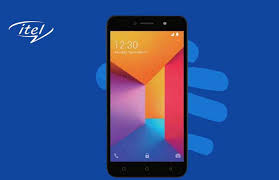 The Chinese based smartphone company is really making waves in the world at large. Today we will be looking at the smartphones which were recently launched, called the Itel A22 and A22 Pro!

Wow, this is an amazing one indeed and a wonderful one you know? both new smartphone Itel A22 and A22 Pro are both been powered by Qualcomm Snapdragon processor which offers faster multi-tasking and hassle-free entertainment experience for users.

Going down to the specs of these smartphones, they both have similar specs but have slight changes in the Operating system and the inbuilt memory.

Just like i said before they both have a major difference in the inbuilt memory. The smartphones Itel A22 and A22 Pro have 8GB of internal storage while the A22 Pro boost of 16GB of inbuilt memory space. which can all be expanded up to 32GB with the help of a micro SD card slot.

Many will really be asking the colors these smartphones will be coming on, well you have no problem at all because the itel A22 will come in Space Grey, Champagne Gold, and Midnight Black colors.

While the itel A22 Pro comes in Bordeaux Red, Champagne Gold and Matte Black colors. Talking about battery life, the smartphone has 2400mAh battery capacity which lasts longer when it is been fully charged.

If you are really interested in getting this smartphone for your self, know it that The Itel A22 is priced at Rs 5,499 i India and N30,000 In Nigeria. While the A22 Pro costs Rs 6,499 in India And N35,000 In Nigeria. But most importantly, have it at the back of your mind that the three phones will be sold out via our offline market.

I hope you found this post interesting? do well to share this post with friends and family via any of the share media platforms.  Stay with us as we do all we can to keep you updated.