Samsung Galaxy Fold will be briefly discussed today, but before that, Samsung Smartphone making company recently launched an amazing Smartphone called the Samsung Foldable Phone which comes with super incredible features and specs which has all it takes to make you happy.

Have it at the back of your mind that the Samsung company has really been impressed with other phones which were categorically launched by them. 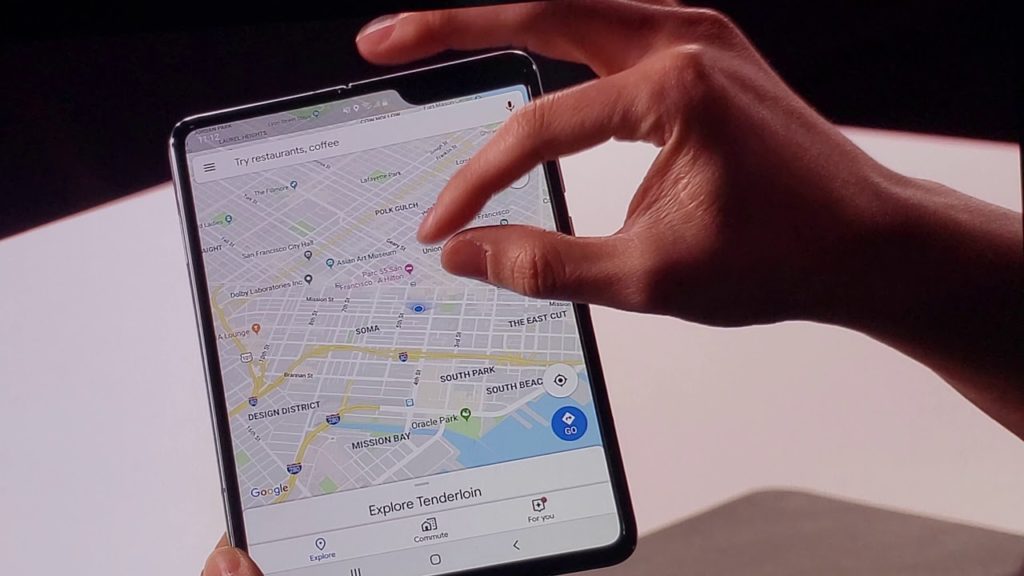 It is no doubt to inform that Samsung has built a sturdy backbone to the device, with a hinge system that has multiple interlocking gears. That is to show you how awesome they have been. Know it that the phone simply comes with two dual-screen display, one main flexible display of 7.3-inch and the other secondary screen of 4.6-inch.

The newly The Samsung Galaxy Fold is said to be well designed and smooth when been handled with your hands. The smartphone looks like a Tablet, or either a mobile phone depending on what you want. One thing I really like about this smartphone is that it comes with a dual-screen.

Samsung Galaxy Fold comes with an awesome display screen size of 7.3-inch which is also coupled with QXGA+ resolution. When the phone is been folded, it becomes smaller thereby having a 4.6-inch HD+ (12:9) display. The display is really awesome.

Samsung is been blessed with a whopping 512GB of Universal Flash Storage 3.0 (eUFS) which helps the smartphone to run faster and smoother. Furthermore, it goes ahead to pack a Qualcomm 7nm octa-core processor, with a mouthwatering 12GB of RAM.

Good news to all who really wish to know about, Smartphone Manufacturer Samsung was tipped to have built two batteries, especially for the smartphone. But the batteries are been separated by the fold but good a thing it simply combined in the Android operating system which sums it up to a total battery life of 4,380 mAh.

Samsung is said to be good in terms of camera aspects. They have really been impressive when it comes to making a smartphone with an awesome camera.  The Newly launched smartphone Samsung Galaxy Fold comes with a triple-camera system which is said to be usable in both tablet and phone modes. 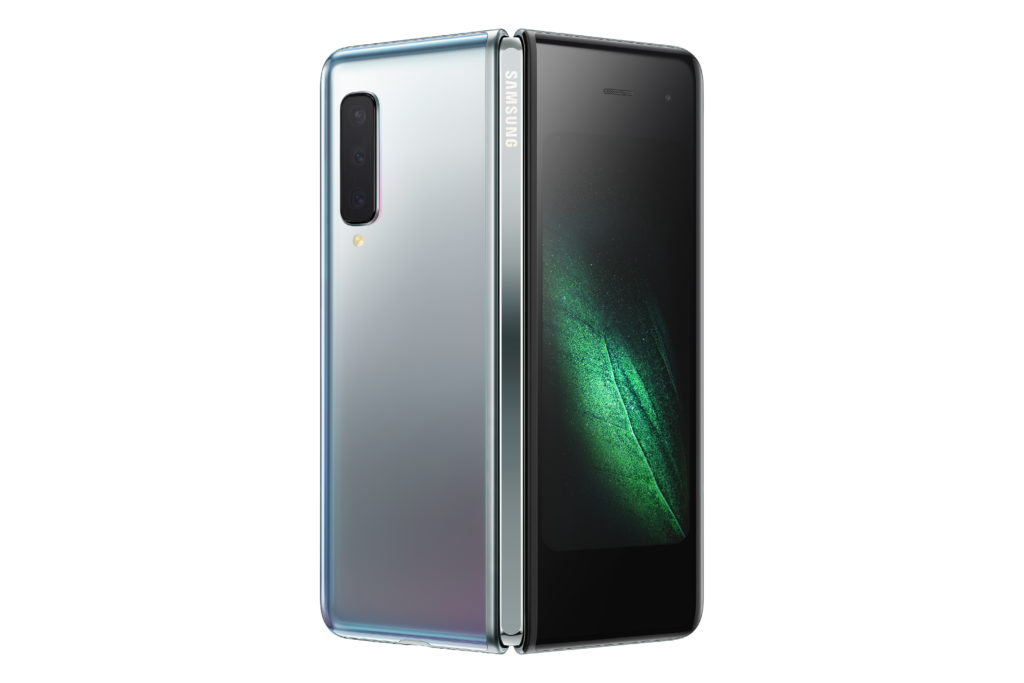 Have it in mind that there’s a 16-megapixel ultra-wide camera, which is also coupled with a 12-megapixel wide-angle and telephoto cameras at the rear. Furthermore, it has a 10-megapixel cover camera for selfies purposes.

The Samsung phone really has a strong battery capacity which has the ability to handle the affaire that is been done on the smartphone. It is our pleasure to let you know that Samsung Galaxy Fold Comes with a whopping Li-Po 4380 mAh that last long enough when it been fully charged.

Talking about the connectivity options, the phone’s connectivity options are said to be available on both models. Anyways, the Galaxy Fold is arriving in both 4G LTE and 5G networks.  You will enjoy all you really wish to enjoy as long as this phone is concerned

The simple truth remains that if all these smartphone manufacturers are willing to manufacture amazing devices just like this Samsung, Then you will see more of foldable phones in 2019. Now talking about getting the smartphone, know it that it will be sold for a whopping 2,000 euros. But have it in mind that the phone is not yet out, hence it will be fully launched on the 3rd of May in Europe.

Samsung Galaxy Fold is an amazing device, to be frank with you considering the amazing specs and features the smartphone comes with. The phone has all it takes to keep you comfortable, hence it has all you equally need in a smartphone. Do you have any questions regarding this post? make it known to us via the comment box. Stay with us as we do all we can to keep you updated.