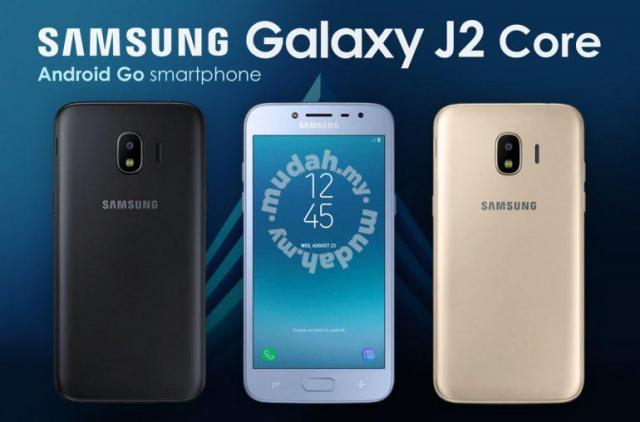 Smartphone making companies are really doing all they could to impress in the smartphone world. After a successful launching of Samsung Note 9, It is a pleasure we make it known to you that the Korean Smartphone making company Samsung has recently launched an amazing smartphone that happens to run on Google’s optimized version of the stock Android operating system, Android Oreo (Go Edition). In the name of  Samsung Galaxy J2 Core!

Having taken much time to look at this company, we came to realize that  Samsung mobile is reportedly owning the biggest share in India’s smartphone market, which made them the leader in that firm. The Newly introduced smartphone Samsung Galaxy J2 Core is now available in India and the Malaysian market.

Also Read:  Samsung Galaxy F Bendable SmartPhone which Will be Sold Out for $1500 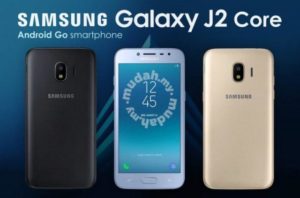 Well, this information is said to be leaked, based on what we gathered from the leaked profs, the leaks showed a comprehensive handful of specs. But currently, the Android device has been officially announced and even available for pre-order, starting from today.

The newly launched smartphone device comes with huge bezels around the screen, top, and bottom. Although, the smartphone making company decided to remove the physical home button.

It as well features a smaller screen display of 5’inches, with a TFT screen and it comes with Go Edition’s Ultra Data Saving feature, a very portable feature.

Samsung are been known for its amazing camera Specs you know? That was why this new handset comes with a whopping  8MP rear camera and 5MP selfie camera on the front (both have f/2.2 aperture).

It is also a good thing we make it known to you that the newly introduced smartphone packs  1GB of RAM and 8GB of internal storage which can also be expanded with the help of a micro SD card slot.

The handset is been powered by Exynos 7570 chipset – a 14nm part with four 1.4GHz Cortex-A53 cores and Mali-T720 MP1 GPU which will help to handle the graphic processor performance. This is not a cool one at all you know as the smartphone comes with  2600mAh battery life. Below expectations, but it is a cool one tho. 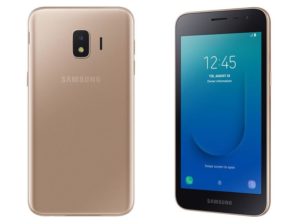 The new smartphone runs on Android Oreo (Go Edition), which is said to be the best Android that is growing at a fast rate. Hence, the Smartphone didn’t come with any form of biometric security feature but comes with Accelerometer, Proximity sensors.

Many will really be interested to get this smartphone for themselves you know? Well, bear it in mind that the Samsung Galaxy J2 Core is available in India and Malaysia markets from this very day, with the option of expanding to other markets.

The handset is been said to be sold out at the price of $100. Well, there happens to be no official pricing from the company at large. Without wasting much time, we will be looking at the leaked specifications of Samsung Galaxy J2 Core below.

I hope you found this post interesting? do well to share this post with family and friends via any of the social media platforms. Do you have any questions regarding this post? kindly make it known to us via the comment session. Stay with us as we do all we can to keep you updated.