Samsung Galaxy M20 comes with impressive features and specs which has all it takes to make their respective users happy. Samsung happens to be one of the best smartphone makers across the globe with its impressive smartphones which got many users talking. 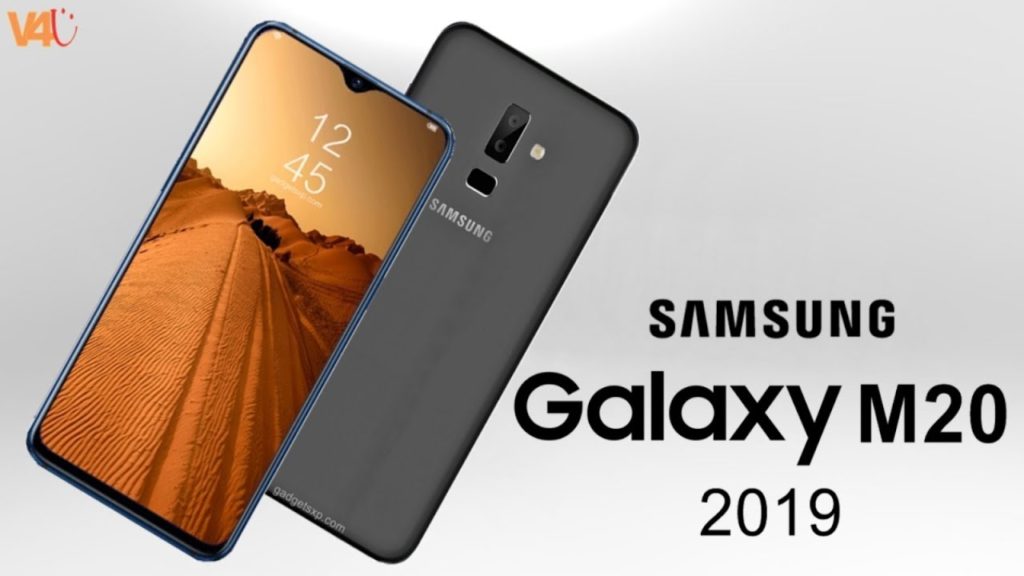 In a comprehensive article, we will be reviewing the Samsung Galaxy M20 which will enable you to know much about the smartphone. Stay calm and go down through the article.

The newly launched smartphone Samsung Galaxy M20 Smartphone comes with amazing Slim Body cover which is been coupled with rounded corners and exquisite design. That alone makes it unique and awesome when been making use of.

Coming down to the display of the newly launched device, have it at the back of your mind that the Samsung Galaxy M 20 packs 6.3-inch Full-HD+ (1080×2340 pixels) Infinity-V.  The smartphone comes in attractive color variants such as charcoal Black and Ocean Blue.

Samsung Galaxy M 20 is been blessed with a dual-lens rear camera with a 13MP primary sensor with f/1.9 aperture and a 5MP secondary sensor with f/2.2 aperture/ 120-degrees ultra-wide angle lens. It also has an 8MP camera for selfies pictures as well.

The Strong battery also comes with USB Type-C port for charging and data transfer needs. It is important we also make it known to the respective users, that Samsung has supplied a 15W charger with the phone for fast charging, which will really serve you right.

Samsung M 20 comes with wonderful connectivity options which include 2G, 3G, 4G, USB Type-C connectivity, Bluetooth v4.2, WiFi, a dual-SIM (Nano) etc. With this, you will enjoy the phone to its fullest.

The newly launched smartphone Samsung Galaxy M 20 packs  9.5 UI which is been based on the Android 8.1 Oreo operating system. The Smartphone company Samsung promised to roll out the Android 9 Pie update by August. Also, have it in mind that it also comes with support for 4G VoLTE and comes with a 3.5mm headphone jack.

Furthermore, the device is said to come in two different memory spaces which is  32GB and 64GB of storage options, which can also be expandable up to 512GB via microSD card.

For those interested buyers, have it at the back of your mind that the smartphone will be sold starting from the 5th of Feb. You can get the phone via our online stores such as Amazon.in or equally Samsung India e-Store.