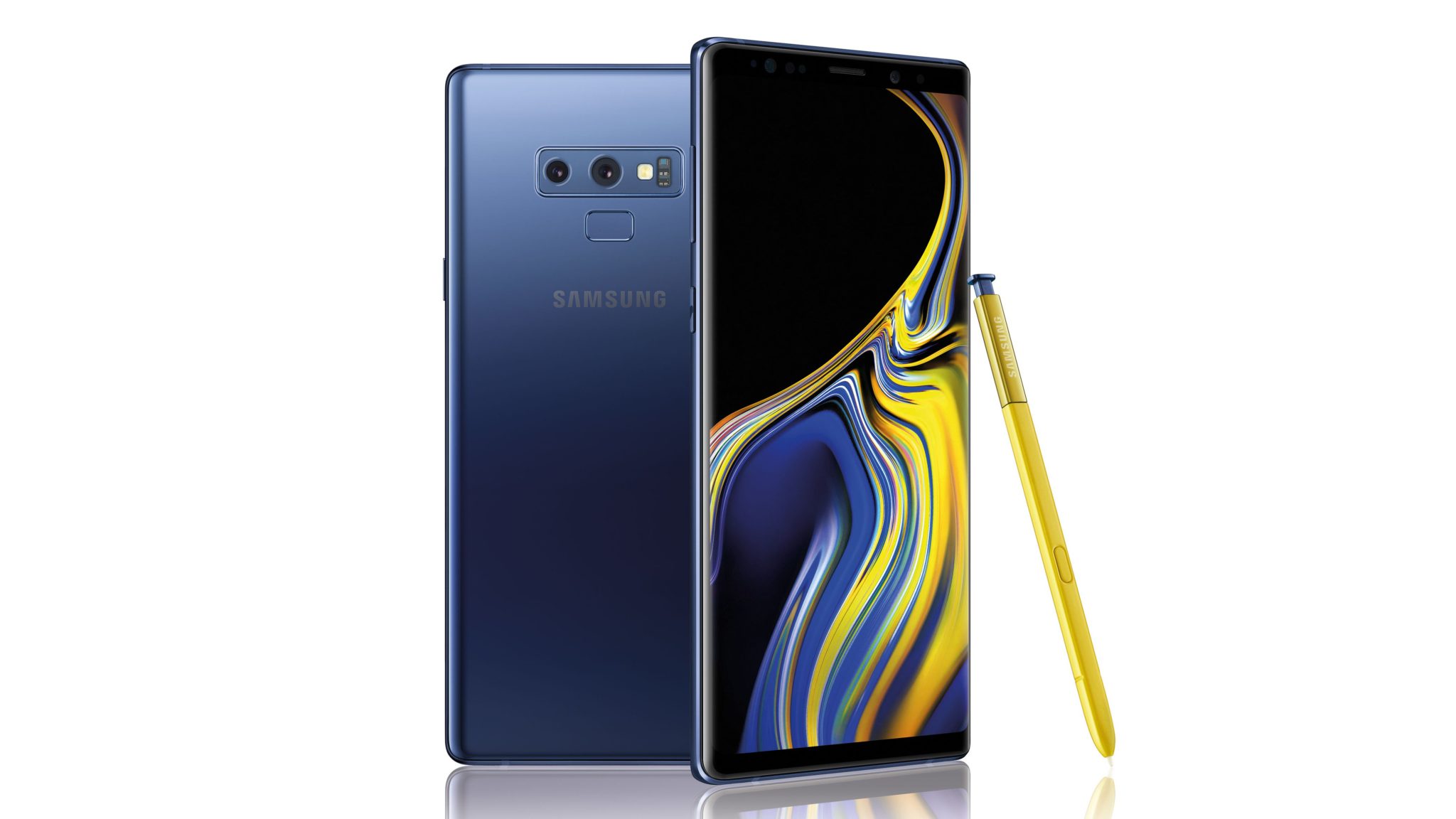 Today we will be looking at a new smartphone that was launched which is called the Samsung Galaxy Note 9. The newly launched smartphone was said to be launched officially on the 9th of August, 2018 alongside with the powerful device.

having gone through the smartphone Samsung Galaxy Note 9, we came to realize that they did a lot of upgrades, adding, inserting and integrating more amazing specification and features which will be loved and appreciated by so many. Also note that the Samsung Galaxy Note 9 has a bigger screen size, powerful S-pen with the wonderful Samsung’s DeX software.

Good news for you because the new Samsung’s DeX software is been carefully packaged into the newly launched smartphone, All you need to do is to just simply plug it into an external display for a desktop and that is it. Although you will also need HDMI adapter to start up.

What more will you be asking for? Samsung is doing all they can to make sure they put smiles on the faces of their respective users.

The new smartphone will surely pack amazing qualities, features, and a huge great specification that will widely be accepted, appreciated and the same time loved by many users who are under the umbrella of Samsung, I hope you know what I mean. 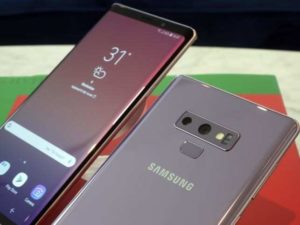 Please it is a pleasure we also make it known to  you that the Galaxy Note 9 might not be a budgeted Smartphone, but it entices and increases phone users’ experiences.

Which saw it featuring a Matte aluminum frame with chamfered edges, and it also boasts of a giant 6.4 inches Super AMOLED Quad HD+ screen which is slightly bigger than last year variants. And also the Galaxy Note 9 is a dauntless device, with DeX software you know?

Samsung Galaxy Note 9 is rated with IP68 certification, IP68 water and dust resistance, which also made them retained the headphone jack and the dedicated Bixby button.

Looking at the back of this smartphone, you will discover that it has a fingerprint scanner which is been situated below the dual cameras.  Some will be eager to know the color of this smartphone, know it that the newly launched Note 9 will come in ocean blue, lavender purple, midnight black, and metallic copper respectively.

Wow this is really a huge one to deal with you know? with the  Samsung device coming with S-pen, which happens to be the main focus.  In an interview, Samsung made clear saying “The S Pen is the signature feature of the Note series” Meaning that the better the S-pen, the better the Note Phone. With the S pen which comes with the new smartphone, you can now do what we call drawing doddle on your screen, writing, and also more powerful responsibility which will all be achieved with the smartphone.

It was also revealed that the this happens to be the first S Pen to incorporate Bluetooth in Samsung history, you can as well enjoy what we call the remote control for selfies and presentations, You will really enjoy this S pen because the Samsung S-pen don’t need batteries or Light to power it, It is just right inside the smartphone.

The newly launched Galaxy Note 9 S-pen will surely keep your going all day, all you need to do is to just get your self an external charger for your S-pen, with the built-in supercapacitor feature, being inserted into your phone, will automatically recharge it under a minute. The S-pen will stand a chance to perform for a longer time when it is been fully charged.

Going down to the camera aspect, Samsung happens to have the best camera in the world based on my own perspective, in their previous smartphones, they boost of the amazing camera which attracted the heart of users. What am i trying to say? Samsung is really doing well in terms of camera, with them, I don’t even need to go to the studio for any nice shut.

The Samsung Galaxy Note 9 happens to pack the same camera with the previous Galaxy S9 Plus. The smartphone packs an amazing 12-megapixel camera and dual-aperture of (f/1.5 or f/2.4),  at the back which still boasts of a wide-angle camera and dual Pixel autofocus.

The Samsung Galaxy Note 9 is programmed to identify up to 20 different scenarios, and also After the object identification, it automatically enlightens the image with brightness, white balance, and saturation.

In other to determined more preferred shots, Samsung brought in a new software program called Flaw Detection. With the help of this Flaw Detection feature, Galaxy Note 9 will notify you if a shot was blurry, and also it makes you take another awesome shot also.

The newly launched smartphone happens to run on Android 8.1 Oreo, which is also powered by Qualcomm Snapdragon 845 processor with few GPU optimizations.

The smartphone has a powerful cutting-edge 10nm 64-bit at 2.7 GHz + 1.7 GHz Octa-core processor, and the Water Carbon Cooling system, it is also widely believed that the newly launched smartphone Galaxy Note 9 is been expected to provide a super-fast gaming session for its users to enjoy. Furthermore, the new Samsung phones come in two different variants, which is the 128GB / 6GB RAM model and the higher variants, 512GB / 8GB RAM version.

I have good news for you, know it that the phone has a new dual wireless charger. Note that you can simply make use of this new method to power up your Galaxy phone.

The Samsung Wireless Charging Duo can charge two Qi-compatible devices at once over 15 watts, one on a baked-in stand and the other lying flat without having a problem. You will really enjoy this battery life, especially for those game lovers.

After coming with a finger print, the new smartphone boosts of two types of biometric Lock,  which are the  Iris Scanner, Fingerprint Scanner and Facial Recognition respectively. It is quite unfortunate many users don’t really know how this works.

well, it is our duty to let you know that the Biometric lock simply allows you to conveniently unlock your phone and in some cases provides enhanced security for certain authentication services, another form of security includes Pattern, Pin, Password. with this Security pattern, your smartphone will be protected to its full.

Like i said before, the newly launched smartphone is in two types, the price will not and can not be the same. The Galaxy Note 9 128GB / 6GB RAM model is priced for $999 and the 512GB / 8GB RAM version goes for $1,250 respectively.  but you really don’t need to be in a rush because the smartphone will be available on August 24th at all major carriers or direct (and unlocked) from Samsung.

It is a good thing we make it known to you that the newly introduced smartphone Galaxy Note 9 also comes with the company’s services such as Samsung Health and Samsung Pay. And also, the Galaxy Note 9 features Samsung’s trusted, defense-grade Knox security platform. And Bixby, being a personalized, intelligent assistant, makes you happy and will also allow you to enjoy it to its fullest.