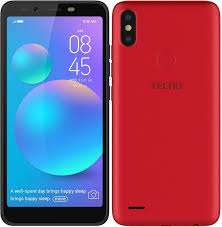 Tecno has been impressive I n recent time you know? To be honest with you I really do like tecno because they are doing all they can to make sure that they compete with the best smartphone company in the world at large as long as technology is concern.

Today we will be looking at the latest smartphone in town which is been called the Tecno Camon iAce Android Smartphone.  The report has it that he newly launched smartphone was launched alongside the Camon I Sky 2 which was reviewed in our previous post.

Having looked at the smartphone, we came to realize that the Camon iAce is powered by HiOS based on Android 8.1 Oreo and a whopping 13MP rear camera which is also coupled with a powerful dual-LED flash.

It is a pleasure we make it known to you that the newly launched smartphone Tecno Camon iAce Smartphone was unveiled in India with some interesting features.

Also know it that the Hong-Kong based company showed a piece of classic workmanship with the mid-ranger. Please note that the Fingerprint sensor and Face ID Unlock feature is not excluded from this newly launched smartphone.

Going down to the camera aspect of this smartphone, the Tecno Camon iAce front and back camera has support for AI features. Front-facing camera doubles as the Face ID Unlock security feature, where your Face serves as your security for your phone. The smartphone has a Fingerprint sensor scanner which is been situated at the back of the smartphone for easy unlocking.

Know it that the Tecno Camon iAce also features a premium classic design, with the company’s logo on it’s back. The phone is cool and can be comfortably used while streaming videos or watch movies. The smartphone packs an amazing 2GB RAM and a monster battery of about 3050mAh which will last longer when it is been fully charged.

Going down to the inbuilt memory of this smartphone, it’s internal storage is 16GB which can be able to contain huge files of applications, movies, games, music, and documents. We have some good news for you, the memory space can be expanded up to 128GB with the help of a micro SD card.

For those of you interested in the various colors of the smartphone, it comes in four major colors, namely Champagne Gold, Midnight Black, and Midnight Blue respectively. As many of you that really want this smartphone for your self, the smartphone will be sold out at the price tag of around Rs 6,799, which is under $100.

I hope you found this article interesting? Stay with us as we do all we can to keep you updated. Use 5 seconds of your time to share this post with any of the share buttons. Do you have any questions? make it known to us via the comment box.