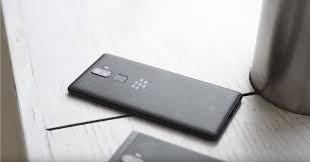 Blackberry is also an amazing company that specializes in the making of smartphones. When talking or listing out companies that deal on phones, blackberry will not be left out you know? Well, today we will be looking at Blackberry Evolve and Evolve X.

With the intention of making it a success in India, the smartphone making company BlackBerry decided to partner with Optiemus, which happens to be an Indian manufacturing partner to as well produce the new Evolve line of smartphones.

Must Read: Guide On How To Jailbreak An Android Phone Without A Computer 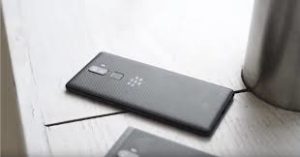 Also Read: Get To Know About The New Samsung Galaxy Watch With Monster Battery

Going down to the design of this smart device, Evolve, and Evolve X comes with almost the same design and display. Both smartphones have an impressive 5.99-inch FHD+ (2160×1080) 18:9 panel and also protected by a Corning Gorilla Glass 5, and also the LTPS display has a maximum brightness of 500nits and oleophobic coating, just that the Blackberry Evolve X seems to be bigger than the blackberry Evolve

Please note that they both come with textured back design, but having gone through it, the smart Evolve X is more premium than the other. It has a dual camera, Fingerprint sensor scanner, wireless charging, and a blackberry logo at the bottom display of the device respectively.

Going down to the camera aspect of this amazing smart device, the new Blackberry Evolve comes with a dual 13-mega pixel on the back, which is been coupled with a flashlight. It also packs a RGB + monochrome sensor.

On the other hand, the Blackberry Evolve X offers specs that are more spectacular, it comes with a dual rear camera of 12MP (f/1.8, 1.4um) + 13MP (f/2.6, 1.0um), for PDAF, LED flash and as well a 4K video recording with an additional enhanced dual flashlight. In terms of network, it packs a normal network and connectivity, LTE with VoLTE, Wi-Fi 802.11 ac, Bluetooth 5.0, GPS, GLONASS.

Going to the front line of this smart device, the phone packs 16-megapixels f/2.0 aperture, which will enable you to take amazing pictures especially to all those that love updated their pictures on the internet and some chatting forums. Please note that it has a doubles Face ID Unlock, which will take up to 0.4 seconds to unlock the phone.

It is a good thing we make it known to you that they both come with Qualcomm Snapdragon but the Blackberry Evolve is powered by an Octa-core Qualcomm Snapdragon 450, of Eight Cortex A53 cores up to 1.8GHz processor, which is been also packed alongside the Adreno 506 to enable sharp graphic processor performance. And also it comes with a 4GB RAM for smooth multitasking and a whopping 64GB internal storage.

The Evolve X is powered by an Octa-core Qualcomm Snapdragon 660 at 4×2.2GHz Kryo 260 + 4×1.8GHz Kryo 260, a Adreno 512 GPU for a better and sharp graphic processor performance, and a whopping 6GB of RAM, 64GB of internal storage. Having gone through both smartphones, we came to realize that the Evolve X will last much longer than the other due to the Snapdragon 660 which helps for better battery optimization.

One good thing about them both is that they both pack a wonderful 4000mAh battery capacity, also same time supports Quick Charge 3.0 (USB-C) and wireless charging.

Price of the Blackberry Evolve and Evolve X

To all of you, that really want this smartphone should bear it in mind that by the end of August, the Evolve will be available exclusively through Amazon India, and it is expected to be sold at the price tag of around $365. Also know it that during mid-September, you can add more money for the Blackberry Evolve X for $510.

In all you do, have it at the back of your mind that the smartphone making company Blackberry are bringing better security to their Smartphones, the Evolve and Evolve x happens to be the latest from now onward.