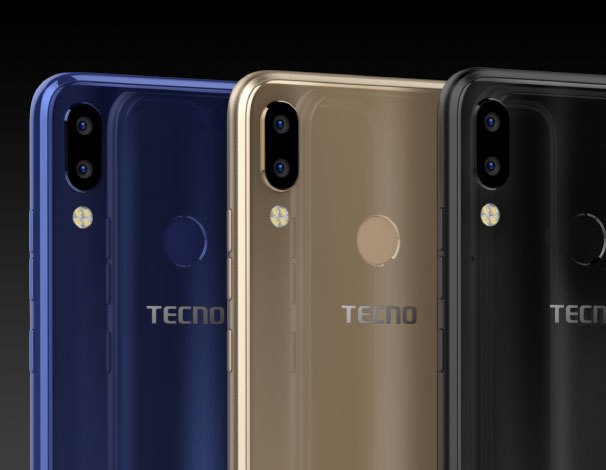 Must Read: Jumia Flex: You Can Now Pay For Smartphones & Gadgets In Installment 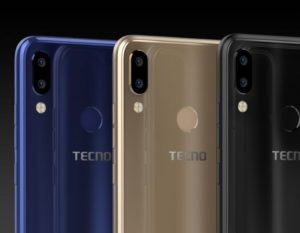 It is important we also make it known to you that the Tecno Camon i2 Smartphone comes with the bottom chin, and the borders surrounding the screen is surprisingly minimal and smaller. Having gone through the smartphone, we came to realize that the smartphone has all it takes to make their respective users happy with crazy features such as good camera, large screen for gaming, and other interesting capabilities.

The newly launched smartphone Tecno Camon i2 comes with a sharp and bright 720pixels screen resolution in its 6.2-inch HD+ IPS LCD capacitive touchscreen, which also features the iPhone X’s notch at the top. Have at the back of your mind that the display screen is been protected by a 2.5D curved glass screen.

having gone through the phone, we came to find out that the back design is been made of poly-carbonate plastic, just like the Infinix Note 4. Know it that this is the first time in history for Tecno take on notch display.

The new Tecno smartphone Camon i2 packs 19:9 aspect ratio, which allows the screen to slightly take over the front side of the device, bringing in dimensions of 156.6 x 76 x 7.9 mm, with the phone coming in Black, Blue and champagne colors.

Coming down to the front side of this smartphone, it features a massive 16-megapixels selfie camera with f/2.0. The Tecno Camon i2 is been packaged with virtually all the AI features, namely AI Beauty Mode, AI Face ID, AI scene, Portraits mode, and many more.

Good news to you all, the smartphone also has other features that are been added to the camera which includes Autofocus, LED flash, and many more. In terms of network and connectivity, it boosts 2G, 3G, 4G LTE, dual SIMs, Bluetooth 4.2, 3.5mm audio jack, USB port, Wi-Fi, Wi-Fi Hotspot and A-GPS, GLONASS respectively.

It is also a good thing we make it known to you all that the newly launched Tecno Camon i2 is been powered by a MediaTek Helio A22 chipset, which saw it running at 2.0GHz quad-core processor. It also optimizes the battery life and prolong the battery life to a longer time.

The phone packs 3 Gb RAM for multitasking and switching of apps, which will see it handle too many files without any form of issue or hanging. It also has 32GB inbuilt memory which can be expanded to 128GB via a microSD card.

Good news to all it may concern, have it in mind that the Tecno Camon i2 is powered by a 3750mAh Li-Polymer monster battery which lasts longer when it is been fully charged, and also ruining on Android 8.1 Oreo with HiOS 4.

Have it in mind that the phone is been equipped with a fingerprint sensor plus Face ID unlock! with the price ranging from Rs. 10,499, which is around N52,000 in Nigeria currency. That is all you need to know about the smartphone. Below is the full Specification of Tecno Camon i2.

I hope you found this post interesting, do well to share this post with family and friends via any of the share media platforms. Stay with us as we do all we can to keep you updated.